Back to all posts

Hello again friends and fellow music fiends!  Its that time of year again...late November.  Like it is every year, and we're starting to wrap up 2016.  What a year it's been for Lady Valiant, we've done upwards of a hundred gigs so far this year and we still have December to rip through which is always a busy time for us.  As we mentioned in a previous blog we won't be doing the usual Southern summer tour this year but decided to have some down time, focus on writing, enjoy the glorious wet season of the North and even squeeze in a small holiday to Western Australia. Its been an awesome year for us in so many ways, we've met so many new friends, fans, and fellow musicians that our heads are still spinning!  We can't wait to catch up with you all down South when we tour at the end of 2017 which will coincide with our debut album launch.  We will also be hitting U.S shores again on an epic Blues trail experience and back to where Lady Valiant was founded.

On a final note, we'd like to thank everyone who voted for us in the Douglas Shire Business Awards, we truly appreciate that you dig our sound and vibe, it means the world to us so much love to you guys!!!  We came Runner Up behind folk demons 'The Kroovs' and after only 8 months together as a duo we were humbled to even make the finalists.  We've got some awesome plans for 2017 and plan to kick it directly in the dick from the get go, take care friends! 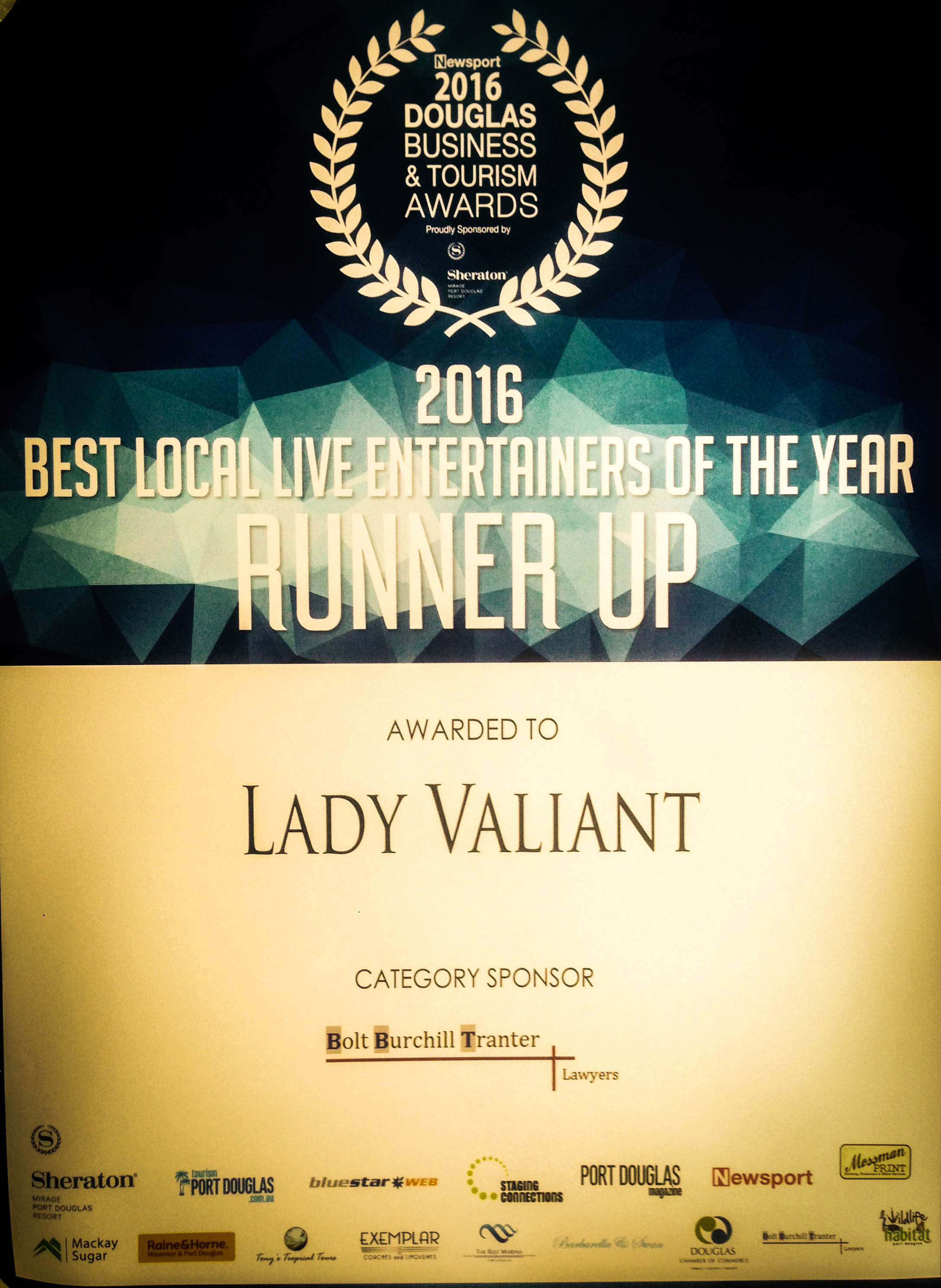